The purpose of this Blog is to provide a variety of writings, prayers, meditations, reflections from various sources which will be meaningful, encouraging, perhaps challenging and thought-provoking…….but most importantly, good for the soul. Sources will include, but are not limited to:

“Where there is no humility there is little virtue, for God only enters a soul in which humility makes room for Him.”     - The Path of Humility -

“ It is not humility to insist on being someone that you are not. It is as much as saying that you know better than God who you are and who you ought to be. How do you expect to arrive at the end of your own journey if you take the road to another man's city? How do you expect to reach your own perfection by leading somebody else's life? His sanctity will never be yours; you must have the humility to work out your own salvation in a darkness where you are absolutely alone.”     - Thomas Merton -

Also He spoke this parable to some who trusted in themselves that they were righteous, and despised others: “Two men went up to the temple to pray, one a Pharisee and the other a tax collector.

The Pharisee stood and prayed thus with himself, God, I thank You that I am not like other men—extortioners, unjust, adulterers, or even as this tax collector. I mifast twice a week; I give tithes of all that I possess.’

And the tax collector, standing afar off, would not so much as raise his eyes to heaven, but beat his breast, saying, ‘God, be merciful to me a sinner!’

Philippians 2:8.
And being found in appearance as a man, He humbled Himself and became obedient to the point of death, even the death of the cross.

"The soul of a humble man is like the sea: throw a stone into the sea--for a moment it will ruffle the surface a little, and then sink to the bottom. Thus do afflictions disappear down into the heart of the humble man, because the strength of the Lord is with him."                             - St. Silouan of Mount Athos

" These are the few ways we can practice humility:

To speak as little as possible of one's self.

To mind one's own business.

Not to want to manage other people's affairs.

To accept contradictions and correction cheerfully.

To pass over the mistakes of others.

To accept insults and injuries.

To accept being slighted, forgotten and disliked.

To be kind and gentle even under provocation.

Never to stand on one's dignity.

To choose always the hardest."

“ Lord Jesus, when you walked the earth,

Your humility obscured your Kingship.

Your meekness confused the arrogant,

Hindering them from grasping your purpose,

Your nobleness attending to the destitute.

Teach me to model after your eminence,

To subject my human nature to humility.

Grant me with a natural inclination

To never view myself greater than anyone.

Banish all lingering sparks of self-importance

That could elevate me greater than you. 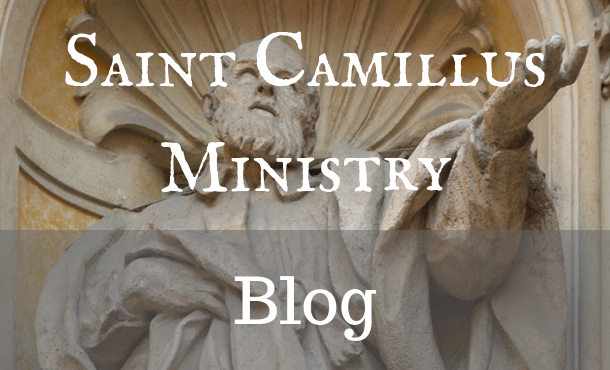 The purpose of this Blog is to provide a variety of writings, prayers, meditations, reflections from various sources which will be meaningful, encouraging, perhaps challenging and thought-provoking…….but most importantly, good for the soul. Sources will include, but are not limited to: